The pandemic changed many things in society as well as the way we all work, with remote and hybrid working being the norm for many. As we continue to adapt to changing working practices, there is increasing interest across the UK in a 4 day week. Certainly, the shortening of the working week in France and Portugal appear to be successful, but this may be due to state intervention. Elsewhere in the world in Korea and Japan, there are moves to make overtime premiums more expensive as an attempt to curtail long working weeks.

At present in the UK, it is for Employers to decide what the working week consists of and any variations would be done with consultations and consent of the staff involved. Let’s face it there will be little push back from employees only having to work 4 days instead of 5, with no cut in pay, or will there? The expectation is often that the same amount of work gets done but over 4 days, but what if it is not possible to squeeze the same amount of work into 4 days, due to childcare, disabilities, mental health to name but a few. On this point, the jury is out as to whether a 4-day week will have a positive or negative impact on mental health. On the one hand, employees get an extra non-working day, but will they have to bust a gut to get there?

Where the 4-day week has been implemented with success, it has been done so with state intervention. A new paper, published in The Journal of Social Policy, focuses on a four-day working week without loss of pay. It claims that a national four-day week would not only bring productivity gains but would also help tackle issues around wellbeing, social cohesion and inequality that are impacted by a “work-centric” society. The paper states that individual employers adopting shorter working weeks will not be sufficient to lead to a nation-wide change. It suggests that current four-day week policies are predominantly introduced at company level, but that state-level interventions are necessary to prevent segmentation and to nudge smaller companies and businesses in lower-paid sectors to make changes.

Whether there is state intervention or not remains to be seen, but certainly a 4 day week is being used as a retention and recruitment initiative along with other measures such as pushes on EDI, Wellbeing and the like. Employers faced with the great resignation are reinventing themselves!

Statutory Code of Practice on “fire & rehire” on its way.

The whole manner in which P&O Ferries sought to fire and rehire staff and ultimately ended up making mass redundancies has been well publicised and much criticised. The “fire & rehire” regime has always been considered negatively, an extreme step that can damage staff morale, trust, productivity and working relations

On 29 March 2022, the government announced that a new Statutory Code of Practice would be published on the use of “fire and rehire” practices to bring about changes to employees’ terms and conditions. This is one of the measures to protect seafarers’ rights in light of the recent mass redundancies by P&O Ferries, which took place without prior notice or consultation. However, it is likely that the Statutory Code will have much wider application than just seafarers.

Paul Scully MP, Parliamentary Under-Secretary of State for Business, Energy and Industrial Strategy (BEIS), has confirmed that the draft code will be published for consultation and legislation to lay the code will be introduced “when parliamentary time allows”. A draft of the Statutory Code of Practice on dismissal and re-engagement will be published and representations, including from trade unions, will be considered. It is likely that when published that tribunals and courts will be required to take the code into account when considering relevant cases. They will also have the power to apply an uplift of up to 25% of an employee’s compensation where the code applies and the employer has unreasonably failed to follow it.

Until parliament finds time to consider the proposed Statutory Code further, Employers in the meantime considering changing terms and conditions should fully consult their workforces and make every effort to reach agreement on any contract changes.

We will keep you updated as and when parliament makes progress – Watch this space!

For help and advice on employment issues within the travel industry, contact;

Mental Health Issues Affect Someone You Know Currently we are in the middle of “Mental Health Awareness Week 2022”, which…

END_OF_DOCUMENT_TOKEN_TO_BE_REPLACED 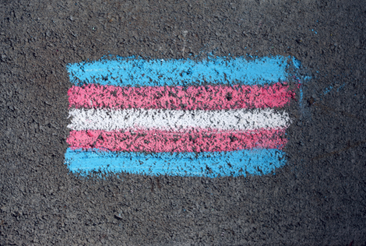 On 4 April 2022, the EHRC published guidance for service providers operating a separate or single-sex service and their approach to…

END_OF_DOCUMENT_TOKEN_TO_BE_REPLACED 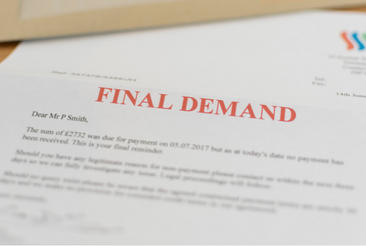 As of 1 April 2022, the temporary insolvency restrictions under the Corporate Insolvency and Governance Act 2020 (CIGA) expired. This…