The Future of Financial Protection In the UK & EU

THE FUTURE OF FINANCIAL PROTECTION IN THE UK AND EU

One of the most radical changes in the new Package Travel law, in force from 1st July 2018, concerns the regulatory system for financial protection of prepayments made by consumers (and repatriation for those stranded abroad when insolvency strikes).

The current law provides for organisers of packages to be regulated in each country where they sell or market to consumers. The downside of that is that companies wanting to expand to sell in other European countries need to jump through all the hurdles required by the regulator in each country. The upside should be that UK consumers are confident that holidays they buy are protected by the gold standard of ATOL, or by bonding through ABTA, etc. (But LowCost Holidays was a warning that consumers aren’t always as alert to what they are buying as they should be).

From 1st July 2018, all this changes. Regulation will now be in the country of establishment of the holiday organiser. So an ATOL, for example, will allow a British company to sell packages to consumers throughout the EU. This presents a real opportunity to companies for expansion. The CAA is gearing up for that change. Non-flight packages will continue to be protected by bonds, insurance or trust accounts (we await details), but the same applies there too – the protection enables trans-EU sales.

Naturally, the same law therefore enables German etc companies to sell to Brits on the reciprocal basis. It theoretically also means that consumer protection might be weakened if companies forum shop to find the cheapest place to be regulated. But:-

Following the issue of Consultations from the DoT and the CAA in February 2018, we now know rather more about how Financial Protection will work. Points:-

So a massive change is upon us, starting from 1st July. Complaints that this is far too short notice for the industry to achieve full compliance in time have been met by the CAA saying they will be “understanding” in the early days after 1st July, as long as they can see that companies are genuinely moving towards compliance. What sort of law is that?

I have also ignored the impact of Brexit on all the above, as no one knows precisely what will happen. Clearly, all the above law is coming into force in the UK on 1st July, but let’s hope the ability to sell cross-border will be maintained after Brexit. 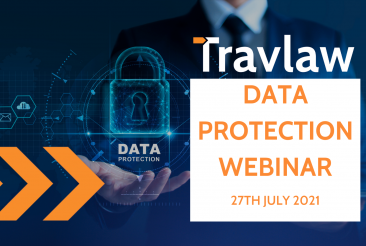