The decision of the Court of Appeal in the Medhotels case (Secret Hotels2 Ltd v Commissioners for HM Revenue and Customs) has attracted a lot of comment. I want to look at the decision, and explore what I fear may be the suffocating effect it is likely to have on many business models which the industry, and consumers, both like.

Why have Medhotels (and many other similar companies) become so successful? After all, it is perfectly possible for consumers to telephone or email an overseas hotel or apartment block, and make a booking direct (or via the hotel’s website), and indeed some do that. But I venture to suggest that the reason many consumers like the Medhotels model is that it offers them the following:

I believe that consumers readily understand that Medhotels acted as agent for the hotel and indeed they were told this anyway in paperwork which was very clearly written. This ‘agency plus’ model gives consumers so much comfort and support – surely a good thing.

Now let’s see the reasons why the Court of Appeal held that Medhotels (then owned by Lastminute.com) were in fact acting as principals (not agents) and were therefore liable for Toms (Tour Operators Margin Scheme) VAT (and by implication, potentially liable for errors and negligence by hotel staff):

(Note: it is far from clear whether this  ‘acting in its own name’ is sufficient to damn Medhotels on its own or whether one needs to read it to mean “in its own name, and not as mere intermediaries”; after all, every agent does some things in its own name. I understand that Abta is seeking clarification on this point.)

So the very factors which make this model attractive are the ones which make it (probably) too expensive to operate. Is this in the public interest? And then there is Atol Flight-Plus. Just when the CAA is about to embark on widespread advertising and education of consumers, the whole viability of Flight-Plus is called into question by the Medhotels decision. Yes, the Atol Certificate makes agency status clear – but so did Medhotels.

The Atol regulations require Flight-Plus arrangers to offer alternatives and to compensate in some situations, and to look after consumers in various ways. How safe is the apparent assurance by a (cash-strapped) HMRC that offering Flight-Plus won’t (on its own) make the arranger liable for Toms VAT? And that’s without thinking about the effect of the Titshall v Qwerty Travel decision, where a court held that Qwerty was liable for accidents as a package organiser because the consumer thought he was buying what looked like a package.

The other unintended consequence is likely to be an accelerated trend for Bedbanks to move offshore – hardly a benefit for the Treasury; in fact a real own goal. Traditional package organisers will be pleased by the Medhotels decision as it reduces the competitiveness of rival models.

All others will be wishing success to Lastminute.com in their attempts to appeal to the Supreme Court – and supporting those attempts.

END_OF_DOCUMENT_TOKEN_TO_BE_REPLACED 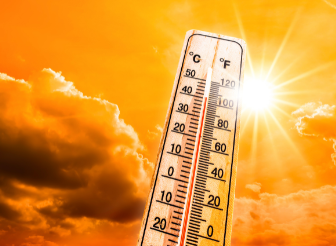