X v Kuoni – what are tour operators liable for?

The big decision from the European court arrives at last…

The European Court of Justice (ECJ) has today given its long awaited decision in the case of X v Kuoni. This, by the way, will be one of the last decisions of the ECJ on a UK case, following Brexit.

Many of you will recall the facts of this case, which happened during a Kuoni package holiday at a hotel complex in Sri Lanka. As for the facts of the case, A holiday maker, Mrs X was raped by an employee of the hotel.  The employee was an electrician, on duty and wearing a hotel ‘maintenance man’ uniform at the time.  The electrician (“N”) , late one night,  offered to guide X to the hotel reception, to which she wanted to go from her hotel room within the complex, but, in the course of doing so, lured her into an engineering room where he raped and assaulted her. N had a previously blameless employment record, and it was certainly true that the hotel itself did nothing wrong.

The judge at the original trial found in favour of Kuoni. He said that X was aware (because of different coloured uniforms) that N was a maintenance man, that therefore guiding guests was not part of his normal duties, that therefore such activities did not form part of Kuoni’s obligations under the contract and the Package Travel Regulations 1992 (PTR’s).. In any event, he said, the PTR’s impose liability on Kuoni for the acts or omissions of ‘suppliers’, and employees like N are not suppliers – only the hotel company itself, which had a contract with Kuoni, was a supplier – and the hotel company had done nothing wrong for which Kuoni could be liable.

The Court of Appeal agreed with the original judge – in fact they went even further than him – and so the case wound up in our Supreme Court.

The Supreme Court sought guidance from the ECJ on whether N was a ‘supplier’, and if not, did that mean that Kuoni were not liable because the PTR’s exempt package organisers from liability for events which they or their suppliers could not foresee or forestall.

The Supreme Court asked the ECJ to assume that guiding by N was part of the services which Kuoni had agreed to provide, (and that on that basis, raping/assaulting a customer was clearly improper performance of that service).

So What Have The ECJ Decided?

The ECJ has today given its decision. They have kept it simple – unlike the Advocate General, who had explored all sorts of highways and byways, as explored in Nick’s blog. They simply said this: the PTR’s (and the PT Directive) expressly exist to give a high level of consumer protection. Package Organisers like Kuoni can protect themselves in the contracts they make with suppliers.

The simple fact is, said the ECJ, that of course N was not a ‘supplier’, but that is not the end of the story. The supplier was the hotel company, and that company provides its services (as part of the Kuoni package) via its employees. N was within the sphere of control of his employers, the hotel company. The company was the supplier, and that includes matters and people within their sphere of control.

So that was the ECJ decision, and the guidance for the Supreme Court which they has requested. The case goes back to that Court now.

Accordingly, if guiding by N was a service within the package, and on the basis that if so it is pretty obvious that raping someone is not a proper way of performing that service, Kuoni must be liable. It is still open to Kuoni to argue in the Supreme Court that guiding by N was not part of the package – and to many of us that seems a stronger point than the suppler/employee argument – but it would be a bit weird if the Supreme Court, having asked the ECJ to assume that guiding was a package service, then decided that after all it was not – because that would mean that the whole reference of the case to the ECJ would have been a complete waste of time!  But we will see

What Does That Mean For You?

It means that you cannot argue, as against a consumer, that you are not liable because the misdeed or negligence was by an employee of the hotel, rather than by the hotel itself (or of course any other supplier, coach company, ski tutor, whatever). That is the case even if the supplier had taken out references on the employee, trained them well, and the employee had a blameless record. And of course this applies not just to dramatic events such as befell Mrs X , but to more routine issues like employees who leave marble floors wet with no warning, kitchen staff who fail to follow hygiene protocols, and so on.

If you are in need of assistance getting to grips with any of the issues discussed in this article, or any legal issues surrounding the travel industry at all, please do not hesitate to get in touch by contacting the author of this article here, calling the team on 0113 258 0033, or email advice@travlaw.co.uk

Hot Topics – The Roadmap out of Lockdown

Travlaw’s regular webinar series made a return this week, again tackling the most pressing topics affecting the Travel Industry. This…

END_OF_DOCUMENT_TOKEN_TO_BE_REPLACED 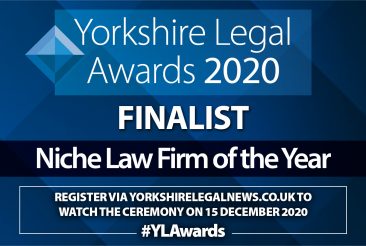